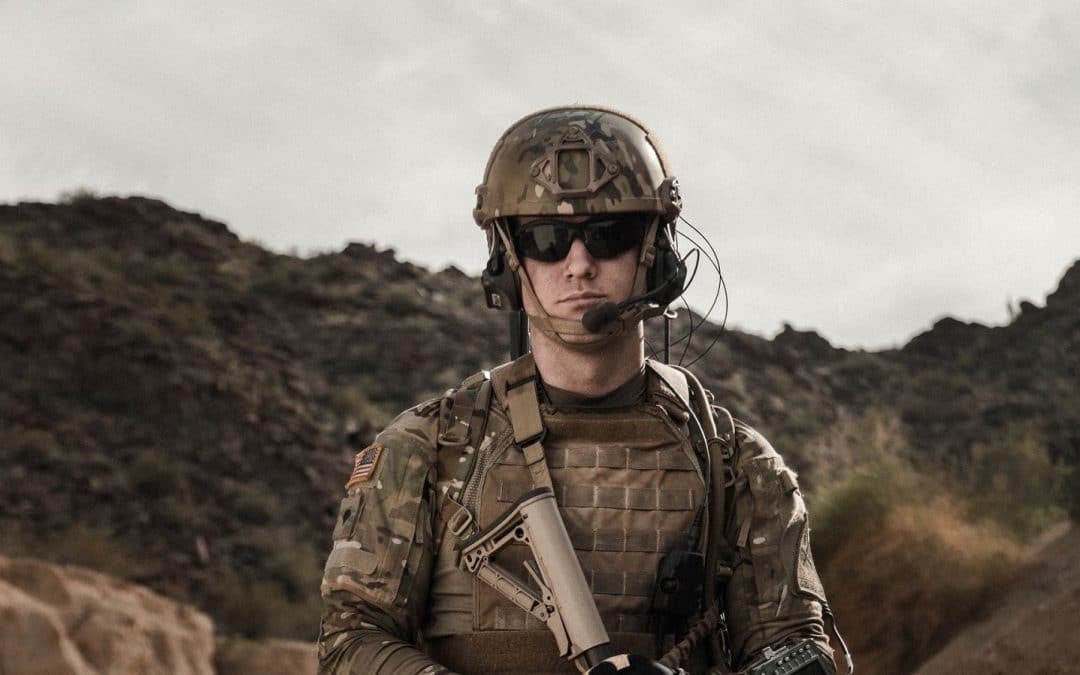 The Servicemember’s Civil Relief Act (SCRA) is a federal statute that affords active duty servicemembers, as well as members of the Reserve and National Guard forces, certain rights when it comes to the leasing of property.

For many landlords and property managers, understanding the SCRA could mean the difference between violating the law, or knowing how to handle things the right way.

This guide will teach you two things.

First, it will tell you how to apply the Servicemember’s Civil Relief Act to your residential lease with your tenant.

Second, it will also teach you how to avoid scams. Yes, soldiers, sailors, airmen, and marines do attempt to scam you at times.

What is the Servicemember’s Civil Relief Act

The SCRA came into law in 2003. Prior to the SCRA, there was generally a military clause in most leases which set forth the conditions upon which a servicemember could break the lease agreement.

While a military clause is still used in some lease agreements, it cannot contradict the federal law, but can be used to explain, or grant the servicemember additional rights.

In other words, you can add more favorable conditions to the lease using a military clause, but you can’t make it more restrictive than the federal law.

In addition to the federal laws, states often have their own versions of the SCRA, which provide additional benefits to servicemembers, not necessarily addressed in the federal law.

What Protections Are There for Tenants and Leased Property in the SCRA?

The main protection in the SCRA, and the one that is of most interest to landlords, is the provision that allows a tenant to break the lease early.

Breaking the lease isn’t automatic, however, and there are certain conditions that must be met in order to meet the legal requirement.

Under the SCRA, a tenant may terminate the lease early if the tenant:

1. Entered into service during the lease agreement;

2. Received orders to deploy for at least 90 days while in the lease;

4. Has been called to active duty as a member of the National Guard or Reserves; or

5. Has been ordered into military housing.

Entered Into Service During the Lease Agreement

What this means for you as a landlord is that the tenant, now falls under the protection of the SCRA.

This doesn’t, however, mean that the tenant can just terminate the lease agreement immediately, however.

Signing on the dotted line isn’t enough. While the tenant has in effect joined the military, the protections of the SCRA don’t kick in until the tenant has actually received orders to report to Initial Entry Training for their respective service.

This doesn’t mean that the recruiter provided them with an estimated “ship date.”

It means they must have orders in hand, and provide you with notice as to their termination based upon those orders.

Deployment for 90 Days and the SCRA

Deployments are when individual servicemembers, or entire units, are moved to a location outside of their normal duty station.

It doesn’t necessarily mean the servicemember is entering a combat zone, it just means they are leaving the area to go on a mission.

Another common misconception among landlords is the applicability of the SCRA to Temporary Duty Assignments (TDY).

For purposes of the Servicemember’s Civil Relief Act, TDY assignments are treated in the same exact manner as deployments.

The point is, that while the tenant is not changing their duty location, if the tenant will be ordered to another location, for whatever reason, for a period of 90 days or more, the SCRA applies.

The applicability of Permanent Change of Station (PCS) orders to the SCRA is probably the most clear cut of all of the circumstances.  Additionally, PCS orders also mean retirement order, or Expiration of Time in Service (ETS) orders.  In other words, any thing that moves the servicemember from their current duty station.

When a servicemember receives PCS orders, they are entitled to the protections under the Servicemember’s Civil Relief Act.

Now that you know what is covered under the SCRA, let’s discuss the notice requirements the tenant must provide.

What is a Military Order Under the SCRA?

Military orders, as they apply to the SCRA are the official documents which tell a servicemember they are moving from one location to another, whether it be a permanent change of location, or a temporary change of location.

As stated above, a tenant who is entering service for the first time will also, at some point, receive military orders.

Military orders must come from a competent authority in order to be valid.

What this means is that the order must come from either the respective service department (Department of the Army, Navy, or Air Force), their personnel branches, or a servicemembers commanding officer.

What is not a competent authority is a tenant’s supervisor, non-commissioned officer, or friend who works in the personnel section.

As a landlord, you may see letters and documents written on behalf of a servicemember saying they fall under the SCRA.

This should be a major red flag for you, and cause you to investigate further.

Orders, under the SCRA can also include a letter written on behalf of a servicemember by the servicemember’s commanding officer.

For purposes of the SCRA, you treat the letter from the commander in the same manner you would treat military orders.

Remember, however, to verify that the orders are actually coming from a competent authority, and not drafted up by the tenant.

Written Notice of Termination Under the SCRA

Under the SCRA, the tenant also has to provide written notice that they are terminating the lease agreement.

You can, and should, specify how you would like the notice delivered in your lease agreement.

The amount of time that has to be given is often misunderstood by both landlords and tenants.

The SCRA states that the lease will terminate 30 days after the next rent payment is due.

What it DOES NOT say is that the servicemember can terminate the lease within 30 days.

Let’s look at a practical example to illustrate:

Sergeant Brown provides notice to the landlord on the 5th February that he is terminating the lease on the 5th of March.

Rent is due on the 1st of the month according to the lease agreement.

Applying the SCRA, Sergeant Brown is on the hook for rent until the end of March, as the next rent payment is due on the 1st of March.

Do you see the difference based upon the language of the SCRA?

It is up to you whether or not you wish to allow the servicemember to break the lease earlier, but you are under no obligation to.

In order to prevent the servicemember from dropping orders on you at the last minute, we highly recommend that you put in your lease agreement that the servicemember provide you notice of any event that will trigger protections under the SCRA.

There are very few instances when a servicemember will not receive some form of notification that an event will trigger the Servicemember’s Civil Relief Act.

This is why having early notification, even without receiving formal orders, can help you with your long-term planning.

1. Landlords must return the full security deposit when a tenant breaks the lease early.

This does not include damages or back rent owed prior to the tenant invoking the SCRA.

What we are referring to is withholding the security deposit, as punishment for the servicemember invoking the SCRA.

This is against the law.

2. Don’t penalize your tenant in any other manner for notifying you of their terminating the lease under the SCRA.

Yes we know that it may be a pain in the butt, especially if the tenant has given you short notice. However, similar to withholding the security deposit, retaliatory behavior can, and will, end you up in hot water.

So just don’t do that.

Although this is not a formal requirement under the SCRA, you may want to keep the lines of communication open with your tenant for events that trigger the SCRA.

You should know if your tenant is an active duty servicemember, a member of the reserve forces, or one of the other categories of tenants that fall under the protections of the Servicemember’s Civil Relief Act.

Based upon this knowledge, ask the tenant to provide you with as much notice as possible, whether formal or informal orders are received.

Keeping the lines of communication open allows you to plan ahead, and have a smooth transition with your tenant when they actually receive their orders.

One important thing to note. Even if the tenant provides you with notice outside of what is required by law, you cannot terminate the tenant’s lease early, nor can you attempt to evict the tenant.

4. You must return any prepaid rental payments to the tenant.

Under most state laws, advanced rent does not technically belong to the landlord. The rent still belongs to the tenant, and only is the property of the landlord when the rental payments become due.

What this means is that you have an obligation to return any rental payments that have not come due to the tenant, when they invoke the SCRA.

5. The SCRA also applies to dependents and spouses.

In other words, you can’t hold the spouse liable for the terms under the lease agreement, even though the spouse may also be a tenant on the lease.

This exception doesn’t, however, apply to unmarried persons living together.

Under the law, and the SCRA, they are treated as roommates. What this means is that although one tenant may claim protections under the SCRA, the other is still obligated to pay.

The same applies if both roommates are in the military. Just because one tenant is protected, the other has to have a legal basis in their own right for SCRA protections, and cannot simply rely on the other tenant to break the lease agreement.

As you can see, the Servicemember Civil Relief Act is not really that complicated, you just need to have an understanding of the rules, and how to apply then to your particular situation.

At Linchpin Property Management, we are fortunate to have a CEO who is a retired military lawyer, and licensed North Carolina attorney, so our landlords in the Fayetteville area and beyond get the benefit of knowing their asset is protected.

If you have any questions, don’t hesitate to reach out to us.

We are here to help.

The Team at Linchpin Property Management

By the way.  Share if you think it’s relevant.  Social networking benefits us all.  Sharing helps out us small property management companies grow big and strong.  Kind of like sharing your last bite of your meal with your kids.

P.S. We love to network.  Send us a message, give us a call ,or stop on by if you are in the Fayetteville area.

The coffee is on us.

Connect with us  on social media:

The Pain in The Butt Disclaimer:

As always, information on this website is not intended to constitute legal advice, or the retention of our property management services, and is for general information purposes only. 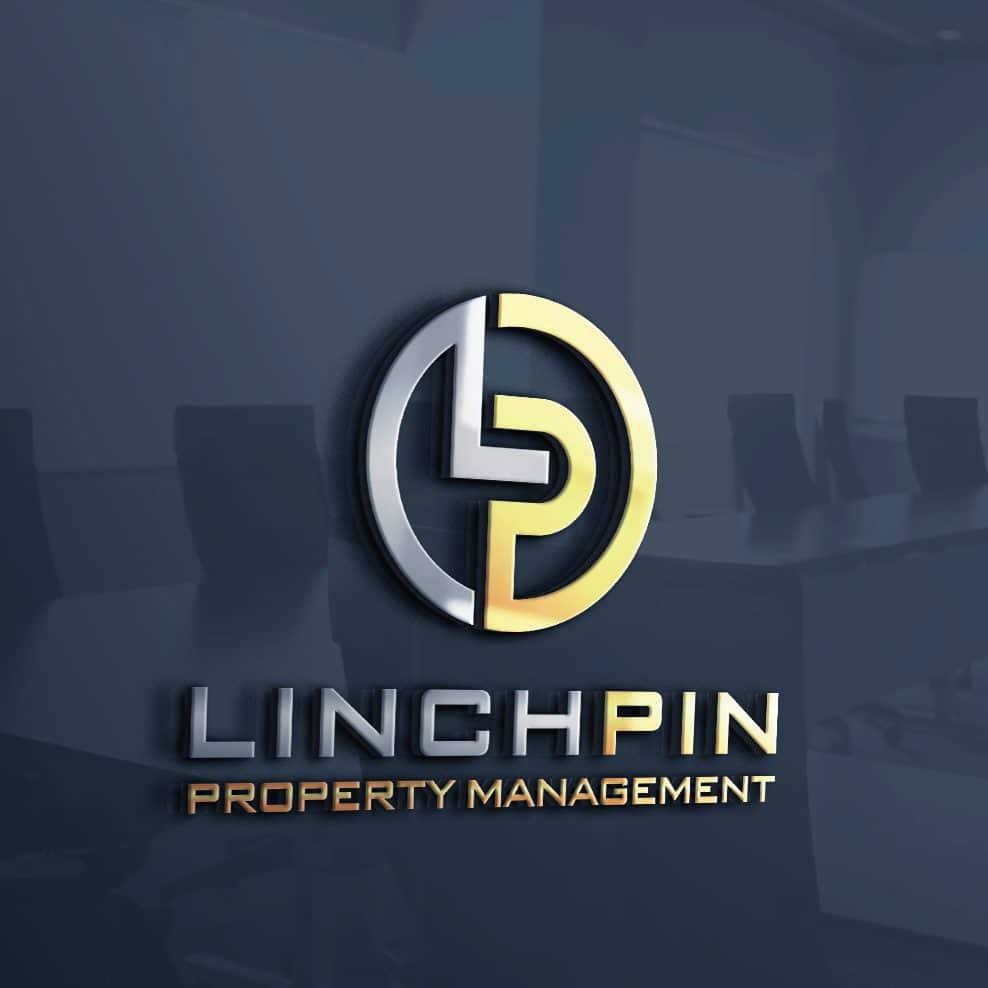 Get Your Landlord Resources Delivered Weekly!

Subscribe to have your landlord resources delivered weekly to your inbox, and  start to learn how to effectively manage your rental investment!

You have Successfully Subscribed!